Join us Sundays at 9 & 10:30am. Childcare is available through fifth grade. Find our livestream here

Redeemer’s mission is to make Jesus’ invisible kingdom visible in Winter Haven, Polk County and the world. Below are our global partners and a brief description about their work. 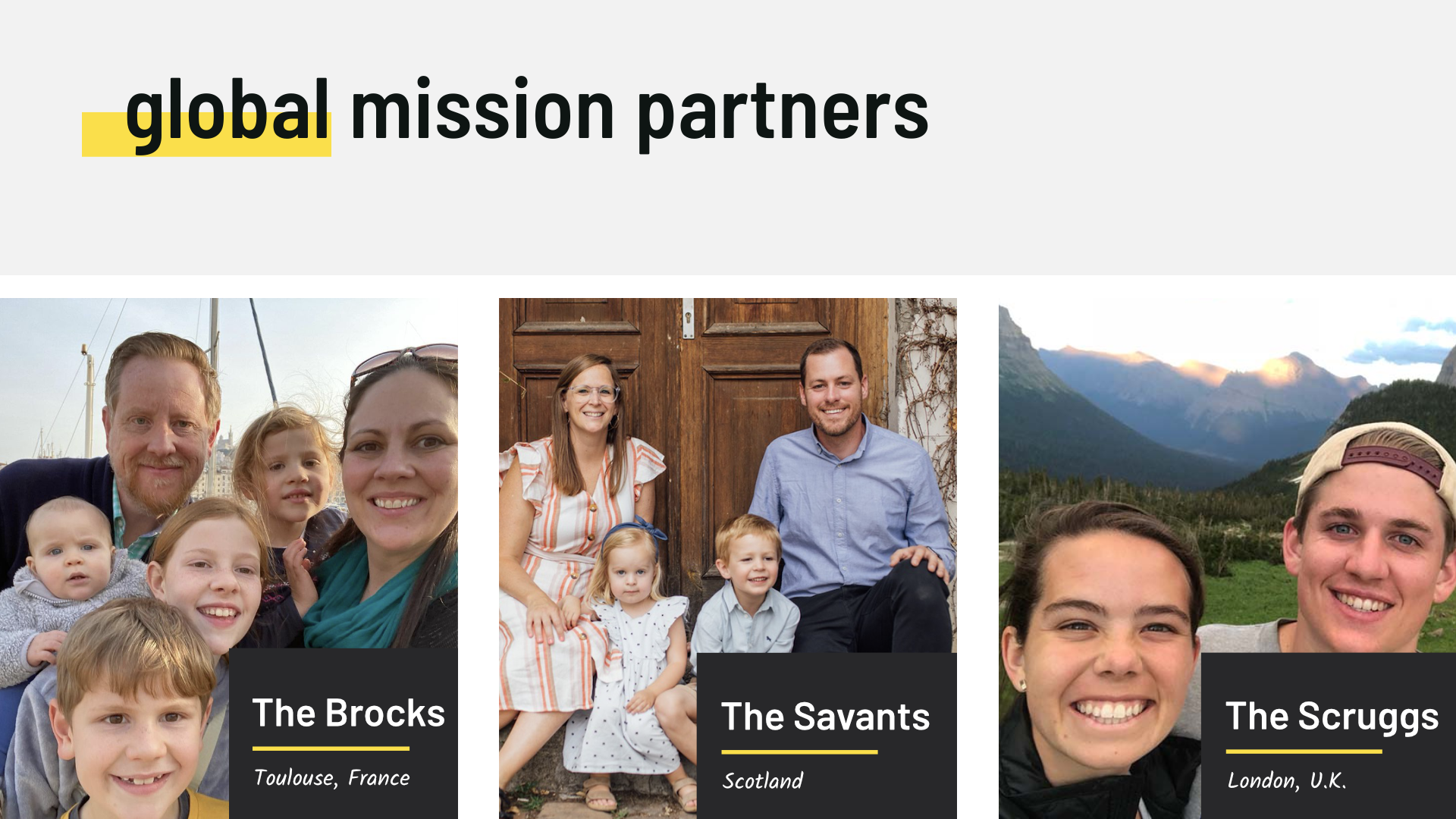 Christopher Brock - a native of Winter Haven - and his wife Donnette have been missionaries in France since the beginning of 2015. They moved to Toulouse, France to serve as a church planter through our denomination’s foreign mission organization, Mission to the World. To follow their journey in France you can check out their blog.

Wade grew up in Winter Haven and his parents are members here at Redeemer. Aly is from Memphis, Tennessee. They got married in 2013 and spent their first year of marriage working as missionaries in La Paz, Bolivia; but eventually felt the Lord's call to return to the U.S. so that Wade could pursue an M.Div. degree at Reformed Theological Seminary in Charlotte, North Carolina. They moved to Prague, Czech Republic in 2018 where Wade served for four years as a pastor at Faith Community Church and Aly worked to disciple Czech and expat women. The Savants are now planning to begin a new work in Scotland (organized through Serge) in which they hope to come alongside Scottish pastors and their wives to encourage and equip them in the ministries where they serve. They are excited to follow the road that the Lord has prepared, and they hope to see the Church flourish for the glory of God!

While dreaming and planning their next step in life, Tucker and Ann came across Serge and began to fall in love with the mission and vision of the organization. Specifically, they were drawn to the gospel community Serge is attempting to foster in Hounslow, London, a borough near Heathrow home to a large population of South Asian immigrants. Tucker and Ann have begun their preparations to join the team in Hounslow and are very excited to be a part of the Lord’s redeeming work within this community.